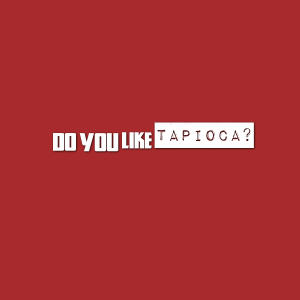 You know the type.

My daughter and I went off to a birthday party on Saturday.

Not a kid one. A grown-up one.

While she made a new Best Friend Forever, I chatted to an interesting fellow who makes dynamite for a living and talks to aliens.

Both are fascinating endeavours, however I feel obliged to point out that perhaps those who talk to aliens should not be in charge of dynamite.

It was disconcerting when he would break off in the middle of a sentence, down a cold drink glass worth of Cherry Sours and then say, “Okay. Alright. They’re saying that…”

So, the down low is that there are three groups of dark creatures that want to steal your soul.

You have to look out for these guys; they can grab you in your sleep or dark alleys.

Basically, if you hear something that goes bump in the night.

Don’t be all horror flick heroine and go for a look see, just run.

Fast and without looking back.

The Greys are good guys.

You can trust them. They whisper in your head and can see through multiple dimensions.

Never try to have a staring contest with one. They don’t blink.

I have all this on excellent authority.

People who vibrate on lower frequencies have to face a lot of scary, bad stuff in their lives.

People, like me, I’m glad to add, vibrate on a higher level and so have pretty easy lives all in all.

Look, I know this all sounds pretty cray-cray, but he did have some excellent points.

Life is about choices and whether or not you to choose to learn from them.

Conscious decision-making means taking full responsibility for the outcome and consequences of each decision you make.

I can go with that. It’s very bumper sticker zen.

The tone of the conversation then descended into how we’re soul spirits and could he have my phone number because it’s not cheating if you want to bone someone on a spiritual level.

That’s when I decided it was a good time to blow that rice paddy.

I also threatened the birthday boy that he if gave out my phone number he could forget about karmic spiritual vengeance, I’d just kick his ass on a physical level.

Other party guests included the bisexual insurance agent who told me that all women are lesbians or at least bisexual and that I was lying about my true nature being in a heterosexual relationship.

I tried to explain politely, that unless Angelina dumps Brad and comes knocking on my door, it is highly unlikely I’ll become cunnilingual in the near future.

I made my escape when she decided to chaperone the girlfriend of another guest to the loo.

All in all it was pretty good party.

Killing time this morning I did an online test to find out if I am really from another planet.

In the middle of a long list of terribly esoteric questions came this one:

I have tried and failed to find a link between tapioca and being an alien.

I personally loathe tapioca and my husband loves it.

I scored a 90, by the way, so definitely about to be beamed up.