I got paid today. From the good people.

Not the bad people who still haven’t paid me for three months. 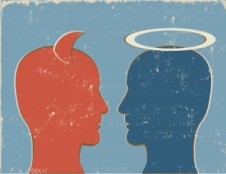 When I was growing up TV and the movies made good and bad very simple.

Bad guys wore black and had no redeeming features.

Also, it was the Cold War and Apartheid so they were either Russian or South African.

These days it seems much more fuzzy.

This post is on honour of the good people, or the good things people do without realising they are doing them or expecting anything in return. 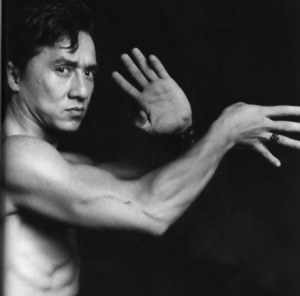 I think that we tend to take the good people for granted.

The chap who will give you two bucks to help you get out the parking, when the machine keeps spitting your paper note back at you like some horrible toddler pulling a tongue.

The guy who lets you cut in front of him on the off-ramp because you got sidetracked debating the relative merits of Jackie Chan versus Bruce Lee.

We just wave thank you, smile and bugger off. That’s that.

If the tables are turned and no-one will lend you the coins at the parking meter or won’t let you in through the traffic we’ll curse a blue streak and condemn them to suffer warts on their nether regions.

It seems a bit unbalanced to me and I’m hardly known as the optimist.

In fact I am often forced to defend my stance of being realistic versus being pessimistic.

My pessimism has even crossed into the afterlife.

Apparently my grandmother and my great-grandmother both think I am Miss Negativity and need to look on the bright side more often.

They also think I need to take more time for myself. I don’t deny that. But it is easy to give advice from beyond the veil when you’re dealing with paying bills, looming deadlines and three small children.

My answer back was if they wanted me to take some time for myself they’d organise a free spa voucher.

Good people deserve to be recognised.

Good manners should be acknowledged.

God knows common courtesy is not all that common these days anyway.

So, if a gentleman opens the door for you, say thank you.

He is not trying to make some sexist challenge about your ability to open doors yourself.

He is just being nice. Maybe next time, you can hold the door open.

If someone says good morning, say it back.

If the child in the car in front waves to you, it won’t harm your dignity to wave back.

When I arrived home this afternoon with a splitting migraine, my small daughter saw me across the garden and you would have thought I’d ridden in on Cinderella’s carriage.

Her face lit up and she flung herself into my arms.

My headache was forgotten.

That moment everyday is the best part of the whole day.

My mother tells a story of when I was about 6 and we were off on a road trip. In those dark days of Apartheid car stonings were a regular occurrence.

Some teenagers at the side of the road held their rocks up to throw and I (who had no clue, I thought they were waving at me).

I smiled and waved maniacally.

They dropped the rocks and waved back.

Years later my mother told me she thought I may have saved our lives that day. I didn’t know.

A frown. A brush off. A rude remark.

It won’t hurt you to practice one random act of kindness every day.

Give it a shot.

And I couldn’t resist putting this in for Shaun at Praying For One Day...